Ford Mustang is known for the power, the sporty look, and the strength. All these features can be clearly seen and experienced in the new 2018 model. There have been various additions which make the car even more elegant. The convertible roof turns heads on the roads and the powerful engine has its own exhaust and engine notes. Let us look at the 2018 Ford Mustang review for more.

The cabin is elegant and modern and definitely will catch attention. It offers agile handling. A great engine lineup offers great power. It offers a smooth ride. With the V6 engine, the fuel economy is a little poor. There are three major changes that are made in the car. The old MyFord Infotainment system is now replaced with the SYNC 3 Infotainment system. Two new trims GT350 and GT350R have been introduced. There are three new packages for the appearance, California Special, Black Accent and Pony packages. 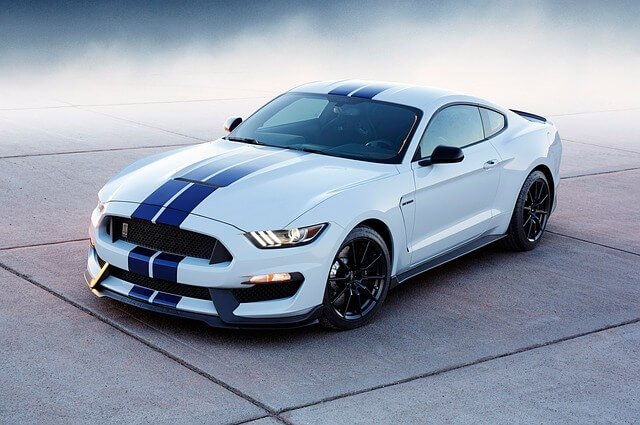 The performance of the car depends upon the trim. Talking about the GT and GT Premium trims, it features a 5.0L V8 premium engine. The engine delivers a horsepower of 435 hp. The acceleration from 0 to 60mph can take about 3.4 to 4 seconds depending on the conditions. It offers a combined average of 20 mpg. Talking about the more basic models, they feature a 5.0L V8 premium engine. However, the basic models get the power of 300 to 310 horsepower. The combined average remains almost the same as the premium versions. However, due to a lesser powerful engine, the base price remains low. 2018 Ford Mustang MSRP is in a range between $25,585-$39,095.

The most basic version that is Mustang V6 includes features such as 17-inch alloy wheels, automatic xenon headlights, LED taillights, and a limited slip rear differential. The options include 18-inch wheels, a rear spoiler, and LED fog lights. The Mustang GT comes with the similar features as the EcoBoost and EcoBoost Premium. However, when it comes to the options, the California package and the Pony Package have the added advantages such as 19-inch alloy wheels, a prominent spoiler, and other exclusive advantages.

Mustang V6 and the V8 models come with almost similar features. However, the premium models can enjoy a couple of more features for extra comfort and luxury and more base price. The cabin is elegant and has an active noise cancellation feature. The car features manual front seats with the driver-height adjustment feature, a leather-wrapped tilt-and-telescoping steering wheel, auto-dimming mirror, a rearview camera, Sync voice control, and Track Apps. The GT and GT premium trim come with the upgraded brakes, electronic line-lock, and a launch control feature.

There are numerous active safety features which are common in all the trims. The car features antilock braking system, stability and traction control, a rearview camera, front-seat side airbags, side curtain airbags, and knee airbags for the front-seat passenger and the driver. According to the crash tests results, the government has rated the car good. This is the highest rating given in terms of safety and reliability. The car lacks a few active safety features which are already present in the rival cars. These rival cars are available at a lesser price than Mustang GT.

Ford Mustang is a muscle car with a display of an athletic body, power, and an elegant cabin. However, the coupe and the convertible offer lesser room than the rivals. But if you wish to go for the power and the room is not much of a priority, you can choose Mustang over any muscle car in the range. If you do not want to buy Mustang religiously, there are other options that you can explore.

Nine Essential Qualities for a Successful Career as an Online Tutor

How to change your iOS GPS location?