In November 2014, the total market capitalization of listed companies crossed Rs 100 trillion which is close to $1.5 Trillion. A balanced participation in such a humongous market needs a technology which is cheap and easily accessible. With one such goal in mind, India started digitalization campaign, and it did get thumbs up from the investors who were looking for a good tool to handle their portfolios.

With over a billion cell phones, India is the second largest country in the world in terms of absolute value. However, much of the population does not access the internet through computers. Over 50% of the traffic is on smartphones which indicate a huge divide and was a hindrance in the digitalization drive. Even with the smartphone users, there were a few that were outdated, so there was a need for a big overhaul in the field.

Luckily, the companies rose to the possibilities, and as a result, giants of financial markets like Moneycontrol, India Infoline, ShareKhan etc, decided to take the challenge head on. The success was imminent, and each of the apps hit the one lakh mark in no time. Since apps are all about gradual learning, many apps learned from user feedback and got onto making it better, while other persisted the old way and perished. 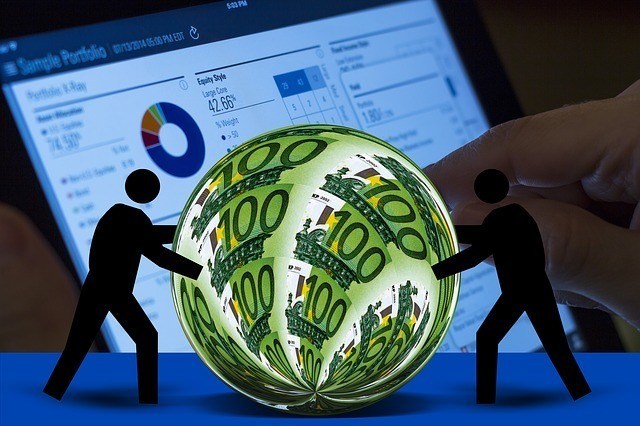 Motivation behind going the App way

For broker apps like India Infoline, the objective is clear – to increase the user base. And in order to accomplish that, they provide free equity research reports which are compiled by a team of over 50 full-time professionals. Keeping a true stock market experience in sight, they’ve added live tv, videos, and a dual watchlist feature – each comprising of 50+ scripts.

For Indian players, the incentive for keeping users is very high, and therefore, they’ve put a lot of resources in the grueling arena. And that’s primary result of good user feedback. Indian players like IIFL Markets allow users to set up price alert notification, a key feature which is absent in many of its global peers. The company expects 1 million user downloads by the end of this year, thereby making it one of the biggest players in financial app field.

As per data available on Google play, Indian apps like IIFL were far ahead of their global peers. Compared to IIFL’s aggregate rating of 4.2, its global peers like Schwab Mobile managed a meek 3.8. That is a huge difference, considering that it is comparable to RTF (Refer to Friend) scale that is deployed by leading companies to gauge customer satisfaction. In that scale 8+ is considered favorable, 8 as neutral and anything below 7 as unfavorable. The trend is almost the same right from the inception.

Apps like IIFL and other stock market apps let you have a close eye on your stock portfolio. It is easy to set things up. Most of the apps are available for free

Tips To Prepare Chemistry For JEE

Lost Data-Back as Its Original Place